What is the best preparation for Yet Another Bicycle Adventure Club tour in Europe?

Yes, after a hiatus of more than 24 months, we’re off to France for a 2 week bike-and-barge trip from Paris to Bruges. 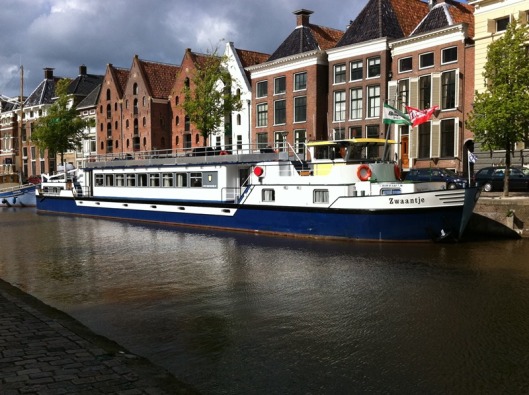 BAC trips are not spur-of-the-moment decisions.  Often made a year in advance, they involve financial preparation (even with co-op financing, European travel is not inexpensive).

Of course, part of getting ready is physical:

“For this ride, you should be able to ride ’n’ miles each day – comfortably.”

For those of us who are not bike commuters, and whose car-centric lifestyle is compounded by inclement weather, that means a conscious effort to spend more time in the saddle.  (Yes, I know, the British believe that there is no inclement weather, merely inappropriate clothing.  But, those folks live on an island in the North Sea – and, their concerns are wind, cold, and rain.  I live in Atlanta – and, there is a limit to the amount of clothing that is appropriate to shed in a Very Hot summer.)

Ultimately, travel is about discovery.  And, so preparation involves more than improving physical strength and endurance.  It requires knowledge of the territory ahead – and, conditioning for receptivity to new perspectives.  An openness to new knowledge engendered by a new destination.

How do we best ensure that we will return from our travels with an enhanced understanding of the world?

Wikipedia’s definition of receptivity is a bit overwhelming:

the term has both ontological and ethical dimensions, and refers to a mode of listening and “normative response” to demands arising outside the self, as well as “a way by which we might become more attuned to our pre-reflective understanding of the world, to our inherited ontologies,” thereby generating non-instrumental possibilities for social change and self-transformation.[1]

For us simple folks that seems to mean trying to cultivate a “beginner’s mind.”

Perhaps, when we travel, we should just travel.

But we educated folks need effective techniques to open our inner eyes.  Even if our physical eyes are dimmed by the years required to earn a Medicare card.

And, as luck would have it, my home town was conducting its annual European-stye fete: The Decatur Book Festival.

(A disclaimer: when people ask me where I am from, I usually say “Atlanta.”  Even in Europe, I can add “CNN” or “Coca Cola” – and, the light bulb of recognition starts to glow.  But, my suburban Atlanta address is actually “Decatur.”  Too much to explain fully in a travel blog…)

A Beginner’s Mind on 2 Wheels

To make this adventure work, I would have to ride my bike to the Book Festival.  Like the bike-and-barge configuration, I would need a bike with at least 1 pannier, plus a small backpack for: raincoat (wet weather is universal); a camera (not just a smartphone with a lens); and a notebook (people with Medicare cards have fallible memories).

The bike ride would elevate my normal heart rate (much easier to drive to Decatur on a typical day).  The camera would force a new attentiveness on the visual world that I think I know well.  The notebook would remind me that verbal descriptions existed before the age of the selfie. 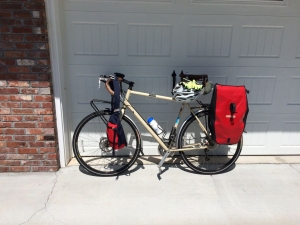 As a “Decatur-ish” person for 30+ years, I enjoy this Atlanta suburb with its rich diversity.  Yes, Atlanta is quite diverse for a Southern city, but Decatur has a reputation as the Most Diverse city in the U.S.  The fact that it hosts the largest independent book festival in the country gives some indication.

That impression was confirmed by one of the speakers – an author who lives in New York City: “Wow,” she said, “this looks like the liberal nirvana that we’ve dreamed about..”

But, how to capture this irreverent love of diversity for a Blog? 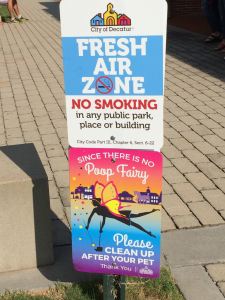 “Aha,” I thought, holding my camera – I’ll take a picture of the clever signs in front of the Decatur Library:

Anyway, the city seemed much more crowded than usual – both pets and people.

It was wonderful to see so many happy people in the shadow of the prominent 19th Century building in the center of the square: the Dekalb County Courthouse.  The building was constructed in 1898, its predecessor destroyed in a fire.  It was a pivotal point in Sherman’s capture of Atlanta in the American Civil War. 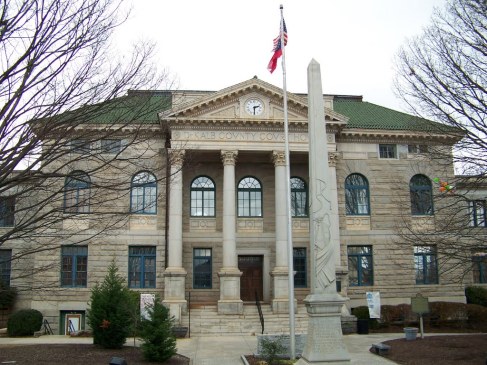 Receptivity resonates with font-of-mind context.  Within the September 2017 American political frame of reference – the horror of Charlottesville, VA (and, President Trump’s functional condoning of racism) – it was hard not to feel a strange contrast to the joyful curiosity for the best new literature on display in Decatur.

In 1909, as other cities of the former Confederate States of America had done, Decatur added a monument in front of the Courthouse.  Not Robert E. Lee on horseback, not Jefferson Davis…  Just an obelisk to commemorate The War…  It could reference a lost way of life – an inhumane economic system.  But, it simply commemorates the courage of the soldiers of the Confederacy.

What should I take away from Decatur with my “new eyes?”  The early 20th century effort to memorialize white supremacy?  The current collegial celebration of the arts – literature and music?

Strains of folk music drifted into the Square from the Festival stage, the Gazebo: 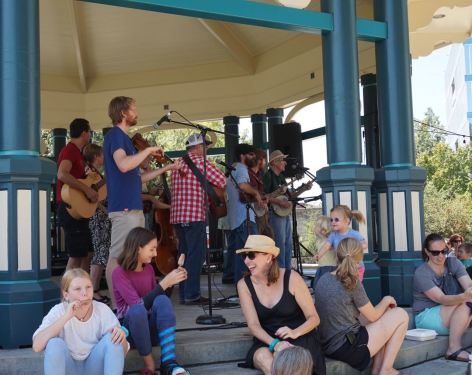 Time to head off to another talk by another author, I thought.

Understanding requires both an open mind – and, some time for reflection.

Perhaps, in another 50 years, today’s young Decatur folks can look back with more insight.  They already hear a different drummer. 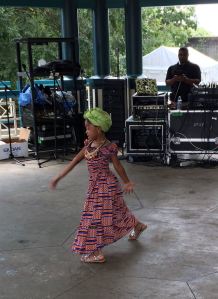